Self-declared “Raja Bomoh” Ibrahim Mat Zain on Tuesday (April 25, 2017) gave up his title as Shaman King and apologised to Muslims worldwide over his controversial rituals which he claimed was merely an act. 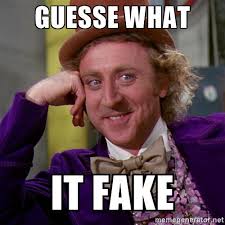 Ibrahim, who attracted international attention with his antics during Malaysia’s Flight MH370 crisis and diplomatic row with North Korea, claimed that he was ordered to put on the act. Ibrahim, however, said he could not disclose the identity of those who had given him the orders to conduct the rituals that were purportedly only aimed at creating a merry situation.

“Now I no longer want to be known by the title Raja Bomoh and regret all my past actions. I apologise to all Muslims in Malaysia and in the world,” he was quoted as saying by local daily Utusan Malaysia’s portal Utusan Online. 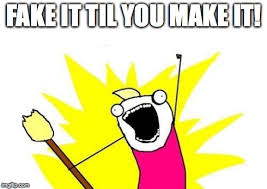 Ibrahim was said to have made his apology at a press conference at Kompleks Pusat Islam here, which is the Federal Territories Islamic Affairs Department’s (Jawi) office.

Mr Abdul Aziz reportedly said Ibrahim had pleaded guilty after being charged under Section 7(a) of the Syariah Criminal Offences (Federal Territories) Act 1997. The date of the prosecution was not provided in the report.

Section 7(a) covers the offence of insulting or bringing Islam into contempt and is punishable by a maximum RM3,000 (S$956.73) fine or a maximum two-year jail term or both.

“Due to factors of health and age, Ibrahim was ordered to be on good behaviour for six months and to undergo classes on akidah (faith) and fardu ain (religious obligations). It is hoped that the punishment meted out will teach him a lesson to regret and repent on all his actions,” Mr Abdul Aziz was quoted saying.

Utusan Online said that Jawi had arrested Ibrahim at the Dang Wangi police station on April 22.

Local news portal The Star Online had on April 22 reported that police had released Ibrahim on police bail after taking down his statement for investigations under Section 298 of the Penal Code, which deals with the offence of uttering words with deliberate intent to wound the religious feelings of any person.

Last month, deputy minister Dr Asyraf Wajdi Dusuki said a warrant has been issued for Ibrahim’s arrest and he is also wanted by Jawi.

Inspector-General of Police Khalid Abu Bakar was also previously reported saying the police had received several reports of ritual acts by Ibrahim, and he would be investigated in accordance with Section 111 of the Criminal Procedure Code.

This came after Federal Territories Mufti Zulkifli Mohamad had urged Ibrahim to “repent”, after the latter again entered the spotlight for his antics purportedly to defend Malaysia against North Korea.

However, minister in charge of Islamic affairs Jamil Khir Baharom previously clarified that the shaman was being summoned by Islamic authorities just to explain his conduct, and this did not necessarily mean that he had breached Islamic healing guidelines.